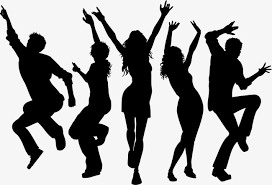 Premiering at the University of Colorado-Colorado Springs, the play American Prom, written by Idris Goodwin, follows the story of Jimmy T. and his friend Kia B. as they navigate the complexities of racism and homophobia as they exist in small-town America. Jimmy, a white boy, and Kia, a Black girl, attempt to address the issue of racism by suggesting an alternative, all-inclusive prom in opposition to the town’s traditionally racially segregated one. In this process, Jimmy and Kia find themselves pushing their relationship forward through the discussion of racism as it is seen within and between families and in the greater community structure.

One of the most salient moments of the play for me was the discussion that followed Jimmy asking Kia to prom. It seemed like this was one of the first concrete discussions the two had had involving their racial differences. Kia made clear to Jimmy she could not attend prom with him because she was expected be the preacher’s son’s date at Ebony, the all-Black prom. Instead of respecting Kia’s answer, Jimmy interpreted the response as a form of reverse racism. This reaction caused obvious tension in their longstanding relationship, leaving Jimmy alone to think more about Kia’s choice. The next day, in a drunkenly induced dream, famous rapper and Jimmy’s idol, Iz Icon, visits Jimmy to discuss the events of the previous night. Iz Icon helps Jimmy understand why Kia’s response was completely warranted. I appreciated this scene because Jimmy was able to realize and come to terms with his mistake without the help of Kia. So often the responsibly of apologizing and teaching falls into the hands of the wronged and oppressed.

While I found the play to be fairly thorough and authentic in its discussion of race, the ending left me feeling unsettled. Jimmy and Kia return home after running away to find their parents jointly decorating the garage for their dream “Garage Prom.” Then, Jimmy and Kia proceed to get dressed in the midst of an impromptu dance party with famous rapper Iz Icon. Together, they all sing a happy-go-lucky song filled with themes of community and triumph. While this ending may have satisfied some of the audience, I felt like this idealistic finale did an injustice to the play. To me, the overly positive ending failed to acknowledge the work and attention racism still commands in today’s society. This ending allowed for the possible conclusion that an eighty-minute play could somehow address and solve racism in the United States. I would be interested to hear the writer’s and director’s explanation in deciding to write and portray the ending as they did. I can imagine that if the ending were more realistic in its conclusions, people would be less likely to see and promote the play. White audience members in particular may feel attacked if their outwardly anti-racist views were not reaffirmed through an optimistic ending.