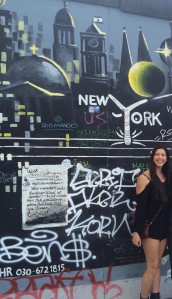 This podcast—led and produced by Kai Mesman-Hallman—provides some final reflections on the Block 4 2017 section of Hidden Spaces, Hidden Narratives: Intersectionality Studies in Berlin with Professor Heidi R. Lewis. Throughout the block, the #FemGeniusesinBerlin have taken walking tours, visited museums and cultural centers, and met with activists and artists in the city to conduct situated examinations of how the identities of marginalized people and communities in Germany (especially in Berlin)—such as Black Germans, Turkish Germans, migrants, refugees, victims of Neo-Nazi terrorism and police brutality, and LGBTQI communities—are constructed, particularly how these constructions are dependent on racism, heterosexism, colonialism, imperialism, and other forms of oppression. Additionally, we examined how these communities resist, reject, revise, and reproduce these narratives as they construct their own subjectivities.

Kai is a junior at Colorado College majoring in Psychology, and is originally from San Diego, CA. She is especially interested in consciousness and the ways our brains’ processing and collecting information can shape our beliefs and thoughts. She spends her free time with her dog and watching conspiracy theory videos.

To read and/or listen to the finales and view the indices and slideshows for previous FemGeniuses in Berlin, click here.

This podcast—led by Anna Balaguer—examines the Women Photojournalists in Europe 1914-1945: Wartime and Adventure exhibit at Das Verbogene Museum (The Hidden Museum). Das Verbogene Museum, founded in 1986, “is the only existing institution world-wide whose programme focuses on the public presentation and academic appraisal of women artists from past centuries, or of those who are no longer working within the art world.” According to the museum, it’s mission “is to publicise the life’s work and biographies of women artists who have fallen into obscurity for various reasons.” 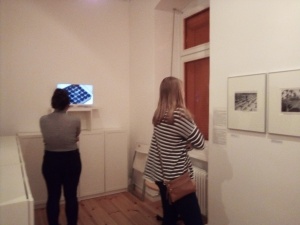 Anna Balaguer is a junior at Colorado College majoring in Classics and minoring in Philosophy and German. She lives in Boulder, Colorado and has a younger brother named Jack and a little dog named Sox. She’s been staying in Northern Germany for the past three months, and is excited to explore Berlin. She enjoys running, reading, and hiking in her free time.

NOTE: The photo credit for the featured image also belongs to Anna Balaguer.