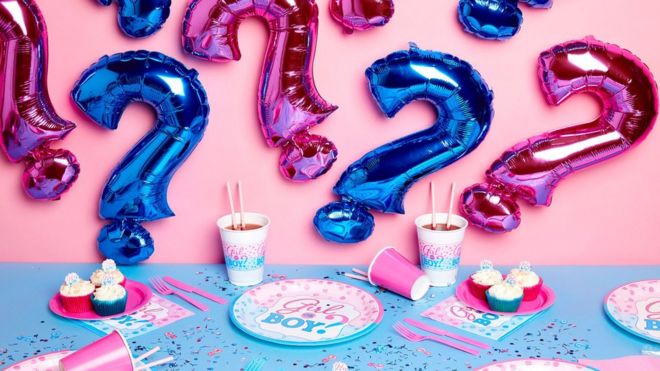 This video, written and produced by Mia Altenau, Sarina Chalmers, Pardes Lyons-Warren, and Lia Musante in FG110 Introduction to Feminist & Gender Studies at Colorado College with Professor Heidi R. Lewis during Block 3 2019, explains gendering babies to parents like their own.

“We at Out of Line recognize that existing in liminal and/or undefined spaces is an act that requires immense courage. We understand that it is easy to fall trap to normative guidelines and that we ‘line ourselves up to avoid the consequences of being out of line because we have been there and we can’t face it anymore’ (Ahmed 55). Liberation is nonlinear, and there are bumps in the road—of that we are certain. So we encourage you to be resilient, no matter what stage in the process of living outside the lines you find yoruself. You are not alone. You are not wrong. You never have been.”
—Mari Young, Editor

“UNRULY is for that questioning fifteen-year-old we once were and who so many of you still are. From an early age, ideas about gender, sexuality, race, bodies, and much more are ingrained in us that become hard not to believe. UNRULY provides the space to overcome these ideologies that can be limiting, confusing, and oftentimes destructive. At UNRULY, we believe in feminism as a space of healing and knowledge-production. We also believe in good, accessible knowledge in order to educate and empower those who may not have access to it otherwise. bell hooks believes in ‘theory as liberatory practice,’ and so do we.”
—Codi Haigney, Editor

Softly glowing, my laptop throws a timid presence of light over the room. On the login screen, the name “Taylor” blinks back at me below a small picture of me until tears streak down my cheeks. At first, I can’t find the words to capture the ethereal feeling of pure bliss in my chest. For the first time, I am given the chance to remove the lens of cisnormativity, and I am suddenly aware that this gender-neutral name fits me better than my birth name ever did. Since then, I have openly identified as non-binary and plan on changing my legal name later in the spring.

Gender is simply performative. We pretend that our performative identities are natural instead of fabricated, and we imitate internalized “regulatory fictions” (Butler, Gender Trouble 180) just to repeat a story that society has repeated from generation to generation. In this way, Judith Butler argues that gender liberation requires an abandonment of “gender coherence” (119). It is nearly impossible to be objective under the glaring lens of a cultural narrative for gender; every member of every society is harnessed to systematic constraints and conditioned through disciplinary methods to internalize the narrative of their own culture.

Queer theory’s concept of gender fluidity allows for us to approach gender in more complex ways—as a gray area instead of black and white, which would allow for stratified limitations to be broken. Non-binary identities exist within the transgender community for people who don’t fit into the gender binary, including terms like agender, gender-fluid, demiboy, and more.​

Despite the unfamiliarity of the term, non-binary communities have existed as long as gender structures—they simply lacked a platform to improve awareness or the terms necessary to figure out why the gender binary felt so rigid to them. Thankfully, the rise of social media has made it increasingly possible for non-binary people to find one another. Just like any other community, there are certainly complex discussions within it. One such issue is the notion of “passing” as non-binary, similar to a struggle of transgender people who identify as either male or female, whether or not people could assume, based on appearance, that they are transgender. Androgyny is the typical expected ideal in non-binary appearance, but it tends to be geared towards masculine expression. When the default is considered masculine, femininity is Othered and becomes a symbol of excess indulgence—the anticipation of masculinity marginalizes the femme non-binary community and casts further shame on femininity. Moreover, the pressure of femininity should not be thrown upon non-binary people who were designated female at birth and neither should masculinity for those who were designated male at birth. “Passing” should be a moot point in the non-binary community, as it only divides and alienates us.

I can still taste the salt from the tears of joy in January; what I felt then is still present and far from fleeting. Every time I hear my name, my eyes light up. We have a tendency of shoving everything into the cultural categories that our superegos are socialized to accept but then we refuse to admit that gender structures are relative and performative—but once we do, it suddenly becomes apparent that no oppressive system is fundamentally indispensable or essential to our nature. We must demand fiercer critical analysis of the social constructions from ourselves and embrace the rejection of compulsory cisnormativity.